Raheem Edwards is part of a growing group of young footballers eager to put Canada on the international soccer map. This summer, soccer pundits have been speaking highly about the 22-year old midfielder, who has earned plenty of minutes for his hometown Toronto FC, the best side in the MLS Eastern Conference.

Since signing for Toronto FC in July 2016, Edwards has been a breakout player in 2017, with his exciting play on the left side capturing the attention of Canadian fans for both club and country.

“It (has been) great to have him with Canada this summer as he is a true professional,” said Octavio Zambrano, Canada Soccer’s Men’s National Team Head Coach. “He is a player for the future and we look forward to reuniting with him in September when we face Jamaica at BMO Field in Toronto.”

Edwards made his international “A” debut in June and then made Canada’s final squad for the CONCACAF Gold Cup. He helped Canada reach the quarter-final phase, although he did not get the chance to feature before his return to club side Toronto FC. Before the end of the month, he scored his first Major League Soccer goal in a 4:0 win over New York City FC.

For Edwards, the CONCACAF Gold Cup provided everyone with a great glimpse into the future and what the young players in Canada Soccer’s system can offer at the international level.

“I think under coach Octavio, we showed one of our better tournament performances in recent years,” said Edwards. “We showed that Canada Soccer’s Men’s National Team is on the up and we’re playing with a new level of energy and fearlessness.”

Under coach Zambrano, Canada has featured a blend of experience and youth. The team has put forth an assertive approach to the game with the belief that they can be as good as any nation in CONCACAF.

Edwards pointed to players like “Alphonso (Davies), Samuel (Piette), Sam (Adekugbe), Cyle Larin, Mark-Anthony Kaye and a few other guys that are getting regular game time for their clubs and are eager to do well in the red and white.”

TORONTO!
vs
Do you have your tickets yet? https://t.co/ztq4vGK2Ox pic.twitter.com/t2iVqFopyI

“Samuel Piette, for example, became known as our young veteran during the CONCACAF Gold Cup and stepped up,” said Edwards. “He proved he is going to be a key player in our starting XI midfield as the National Team goes forward.”

Edwards was 19 years old when he got his first taste of international football during his stint with Toronto FC II in the United Soccer League. After making his debut at the Pan American Games in Toronto, he made his mark with Canada’s U-23 side by scoring a goal and three assists in a 5:1 win over Guyana.

“That (Pan American Games) tournament was a real eye opener in getting an early knowledge of international football,” said Edwards. “It was extra special that it was played in Canada, too.

“I wasn’t fully ready to make jump to Major League Soccer in 2015, so USL was a perfect stepping stone at the time where I could hone my craft. It was a critical part of my development.”

Fast forward to this summer and he already has two Canadian Championship medals, helping Toronto FC win back-to-back titles on last-minute winning goals. In this year’s final at BMO Field in Toronto, he assisted on the winning goal.

He then scored his first MLS goal on 30 July 2017, a brilliant debut goal for Toronto FC during an emphatic victory over New York City FC.

“Finally scoring that debut goal was great, but I’m not satisfied of course,” said Edwards. “I want to score more consistently and hopefully get my debut goal for the Men’s National Team soon. I want to just improve on other aspects of my game like my shooting, something that I’ve been working on a lot in practice.”

Edwards’ next chance could come as early as 2 September when Canada faces Jamaica in a Men’s International Friendly match at BMO Field in Toronto. The match features Canada against the two-time CONCACAF Gold Cup finalists, also a rematch of this year’s quarter-finals that ended Canada’s positive run at the 2017 tournament.

“The sky is the limit for us, so I think the fans should be ready and willing to come out and watch us play,” said Edwards. “We are a young, exciting team and I think the game will be a great re-match game versus Jamaica.”

CANADA IN TORONTO ON 2 SEPTEMBER

Canada Soccer’s Men’s National Team returns to Toronto to face CONCACAF Gold Cup finalists Jamaica on Saturday 2 September. The Toronto match serves as a re-match from the Canada-Jamaica quarter-final match at the CONCACAF Gold Cup. Tickets to the Men’s International Friendly match start as low as $20 (plus applicable fees) and can be purchased online via Ticketmaster.ca, by phone at 1.855.985.5000, or in person at the BMO Field Box Office. As the match takes place during the Canadian National Exhibition (CNE), all match tickets include free admission to the CNE grounds on match day. The 2 September match kicks off at 19.00 ET with complete ticket details at canadasoccer.com/tickets. 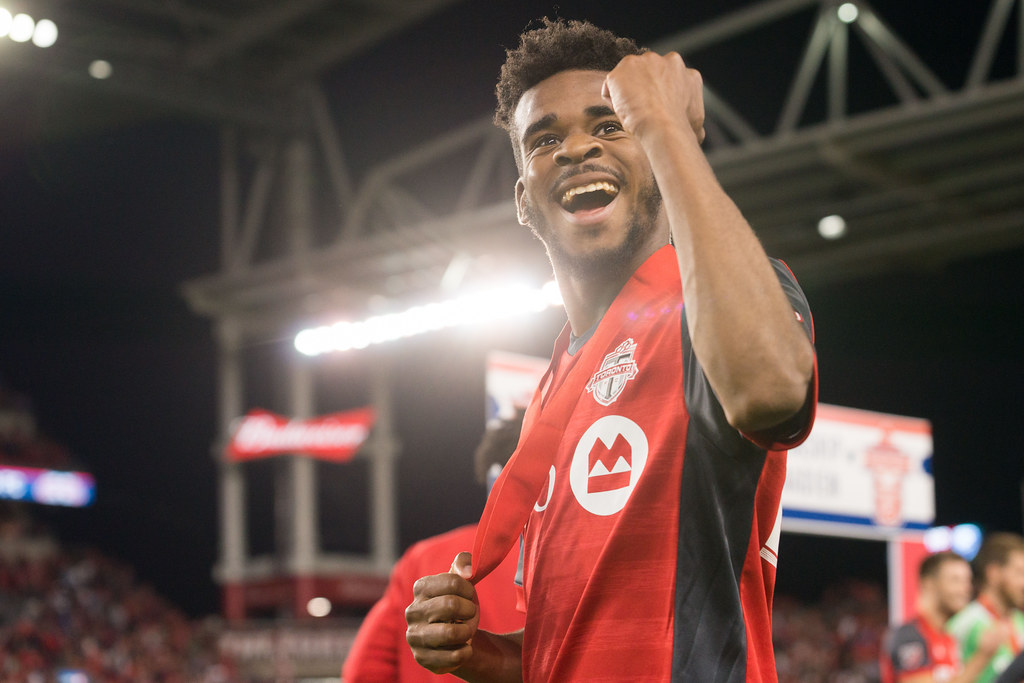