Canada have opened the 2020 season with back-to-back victories over Barbados after a Friday night 4:1 victory in California. Charles-Andreas Brym, Russell Teibert, Amer Didic and Jayden Nelson were the goalscorers as Canada won their second match in less than a week by the same scoreline.

In the 28th minute, Didic nearly scored on a Liam Fraser corner, but the ball was just over the net. Then in the 36th minute, Canada made it 2-0 after a nice combination play from Samuel Piette to Jonathan Osorio to Zorhan Bassong to the goalscorer Teibert.

In the second half, Canada continued with their pressure on Barbados. In the 64th minute, a Fraser corner kick was headed in by the debutant Didic for the 3-0 lead. Just five minutes later, however, Barbados broke through after a slip up on the grass and Shamar Edwards had the Canada lead reduced to two.

In the 86th minute, Nelson became the Men’s National Team’s second-youngest goalscorer after he intercepted an attempted clearance by the Barbados goalkeeper Liam Brathwaite and fired it into the empty goal for the 4-1 Canada lead.

Canada started Maxime Crépeau in goal, Richie Laryea at right back, Derek Cornelius and Amer Didic at centre back, Zorhan Bassong at left back, and Samuel Piette, Russell Teibert, Charles-Andreas Brym, Tesho Akindele, Liam Fraser and Captain Jonathan Osorio from the midfield up through to the attack. In the second half, coach Herdman replaced Piette with Shamit Shome (46’), Teibert with Jayden Nelson (59’), Laryea with Ashtone Morgan (62’), Akindele with Jacob Shaffelburg (69’), Osorio with Tristan Borges (70’), and Fraser with Noble Okello (81’). 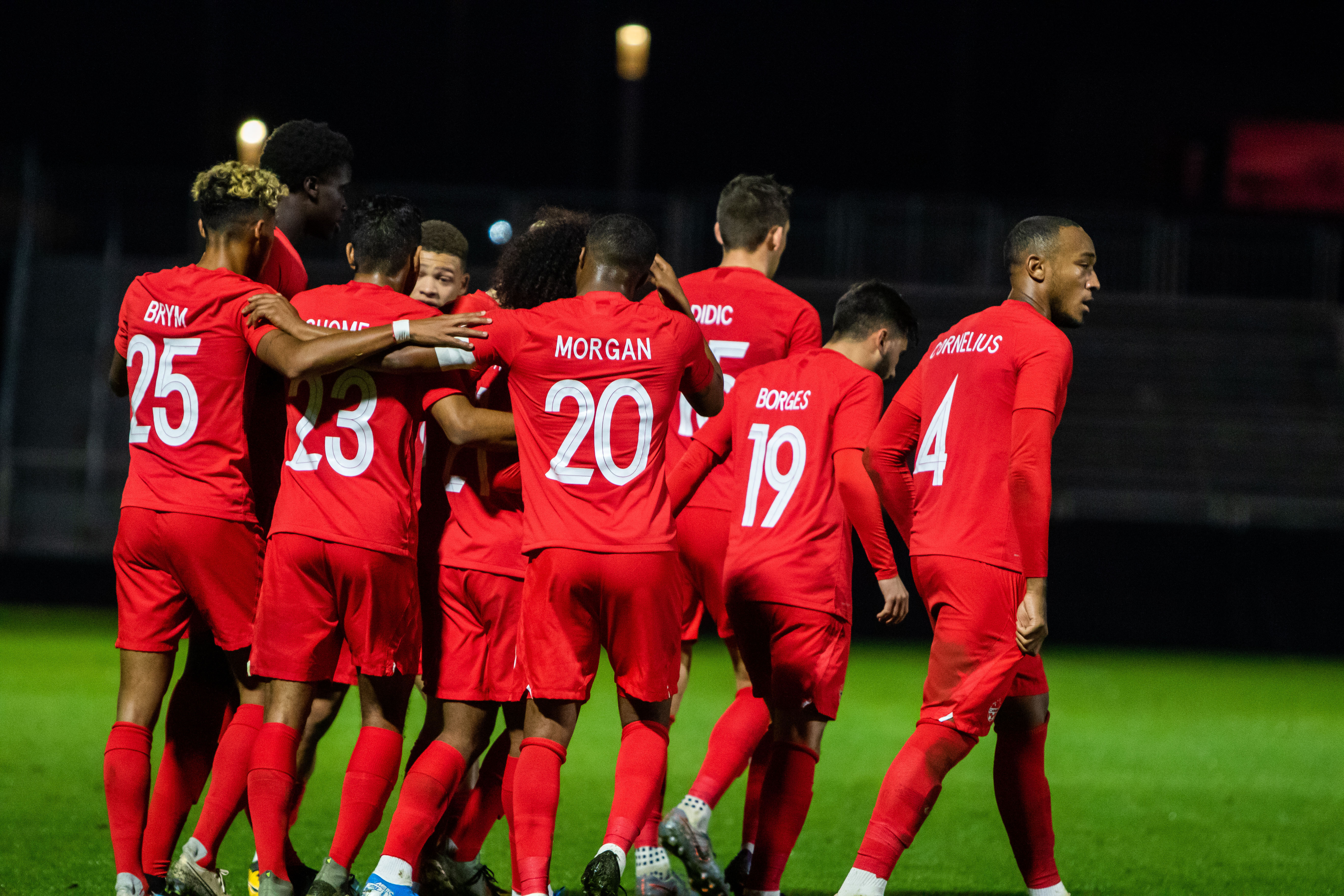 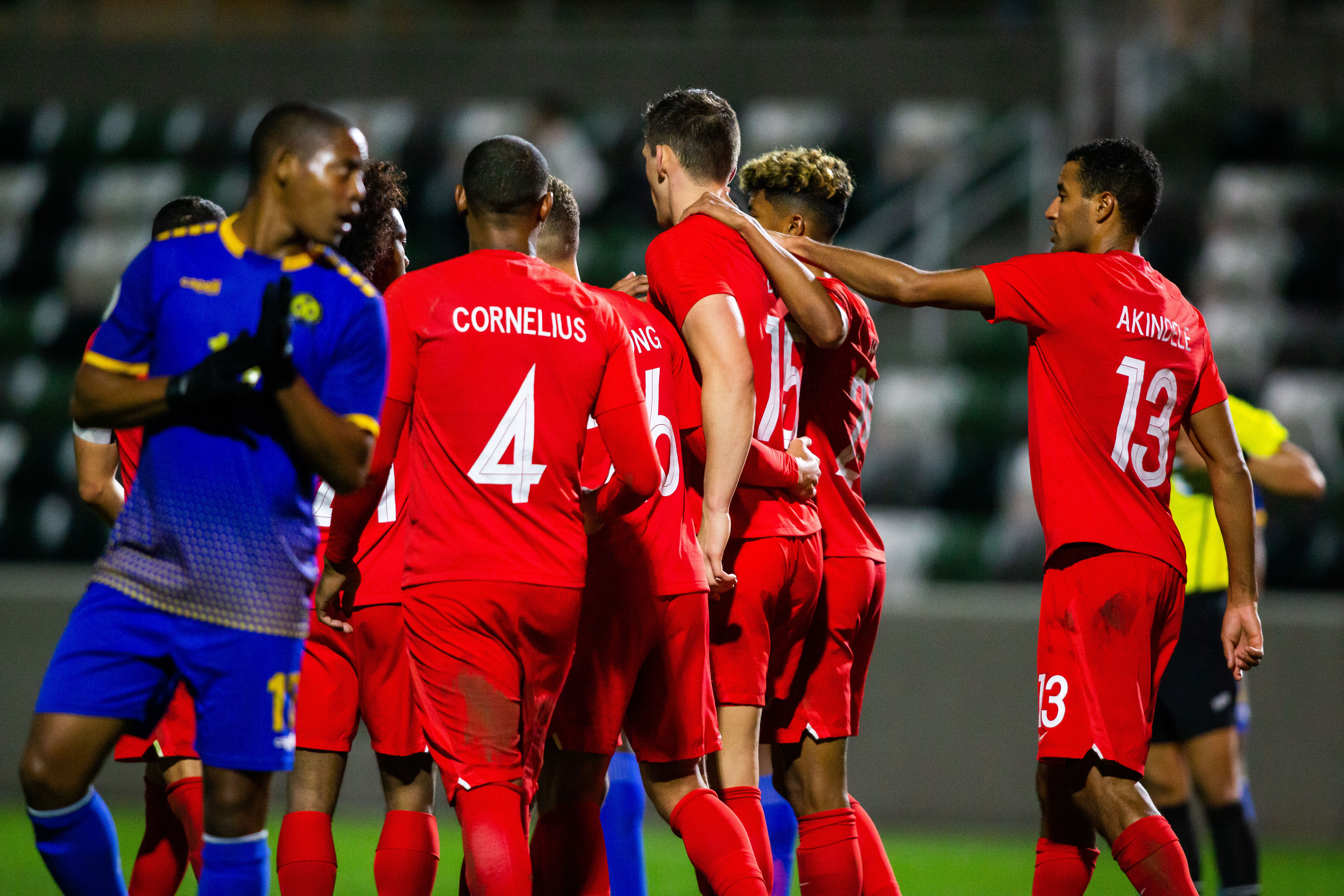 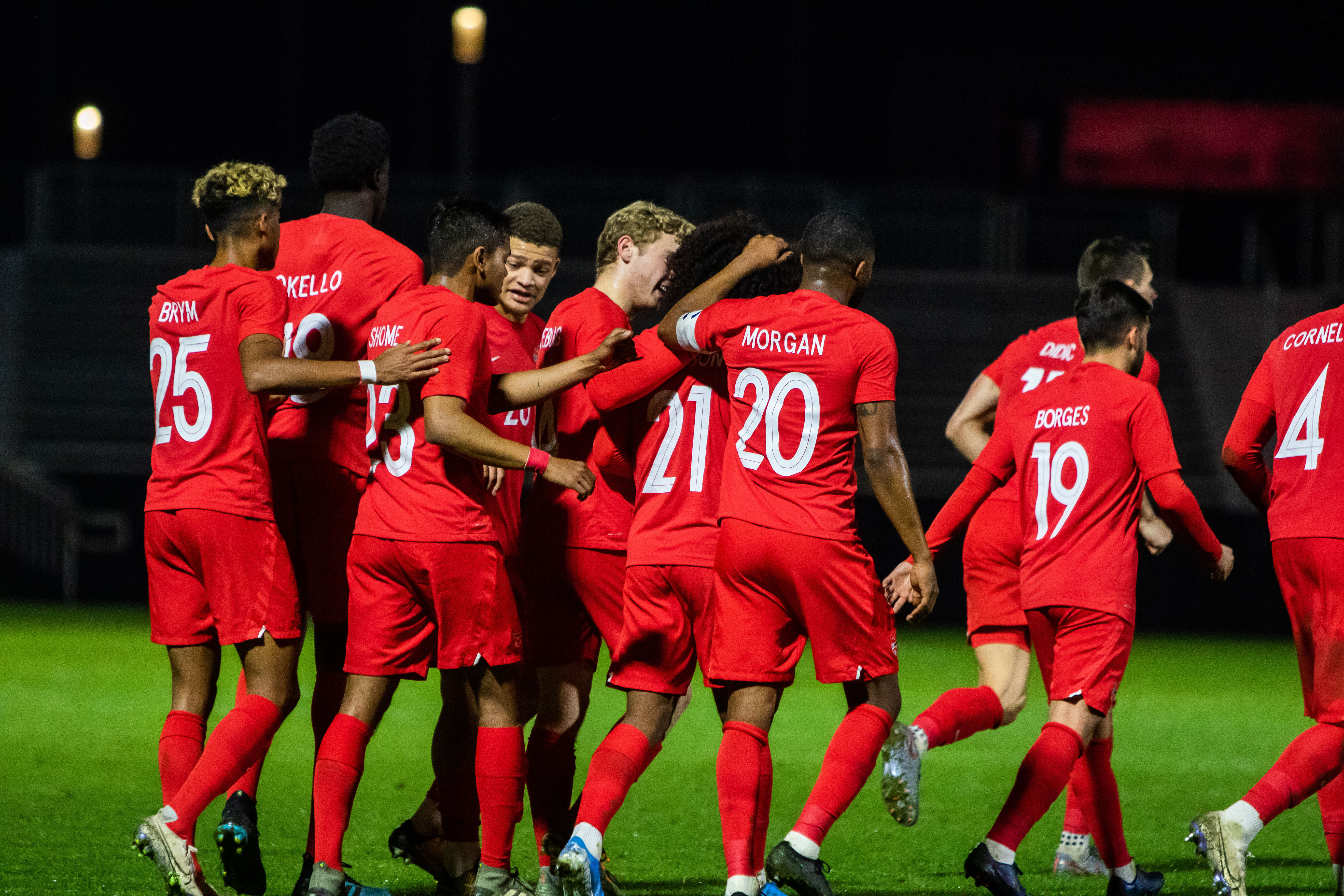 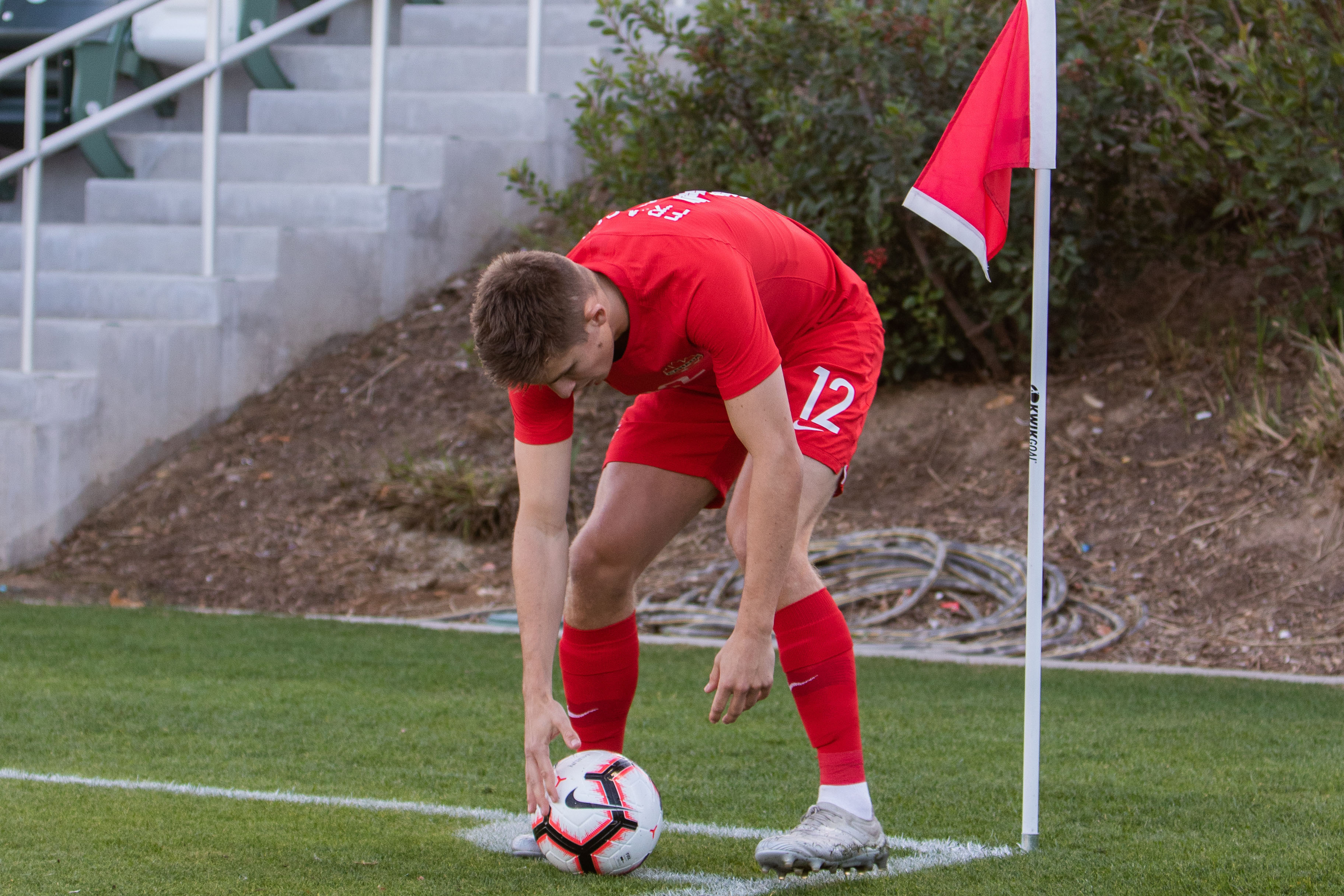 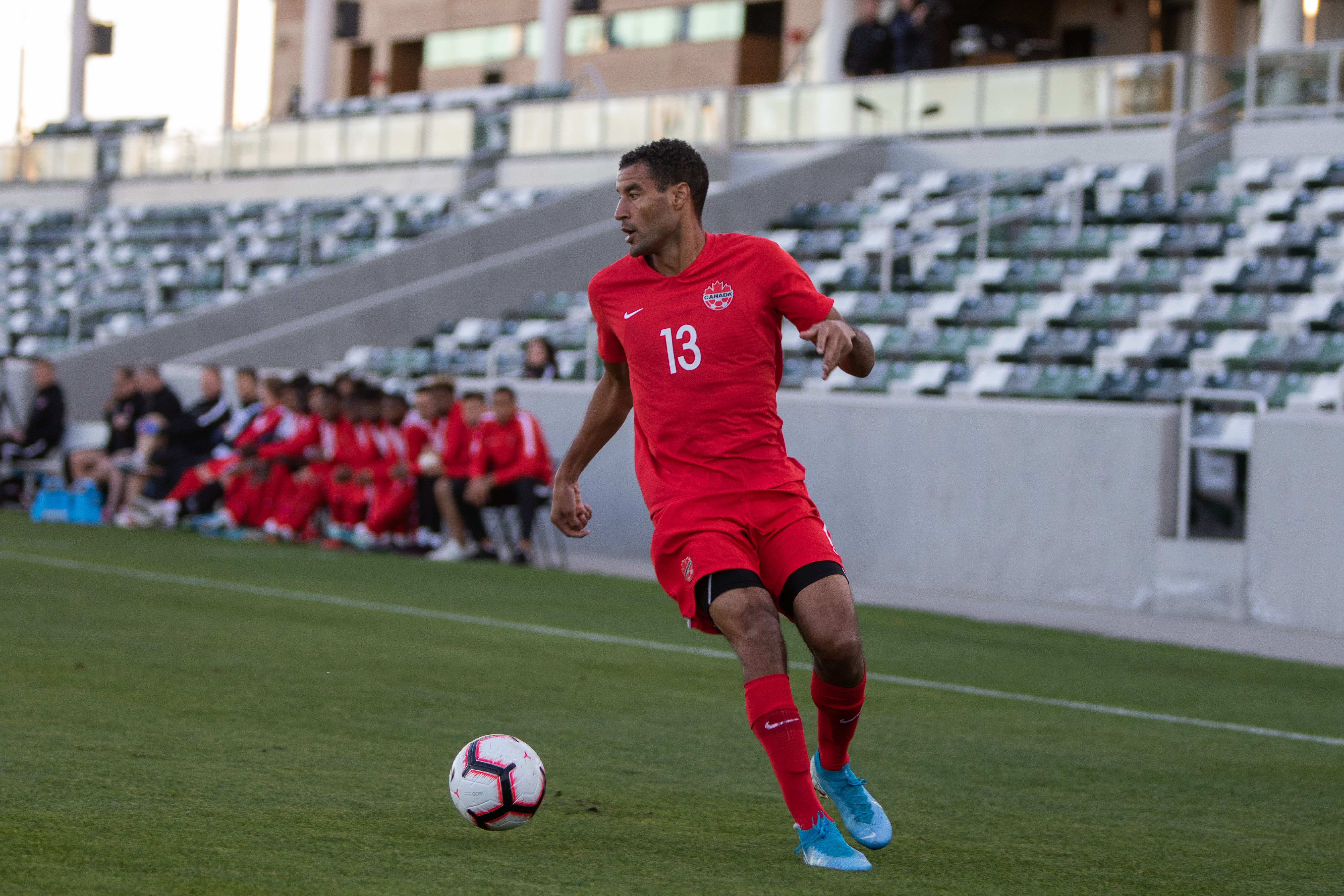