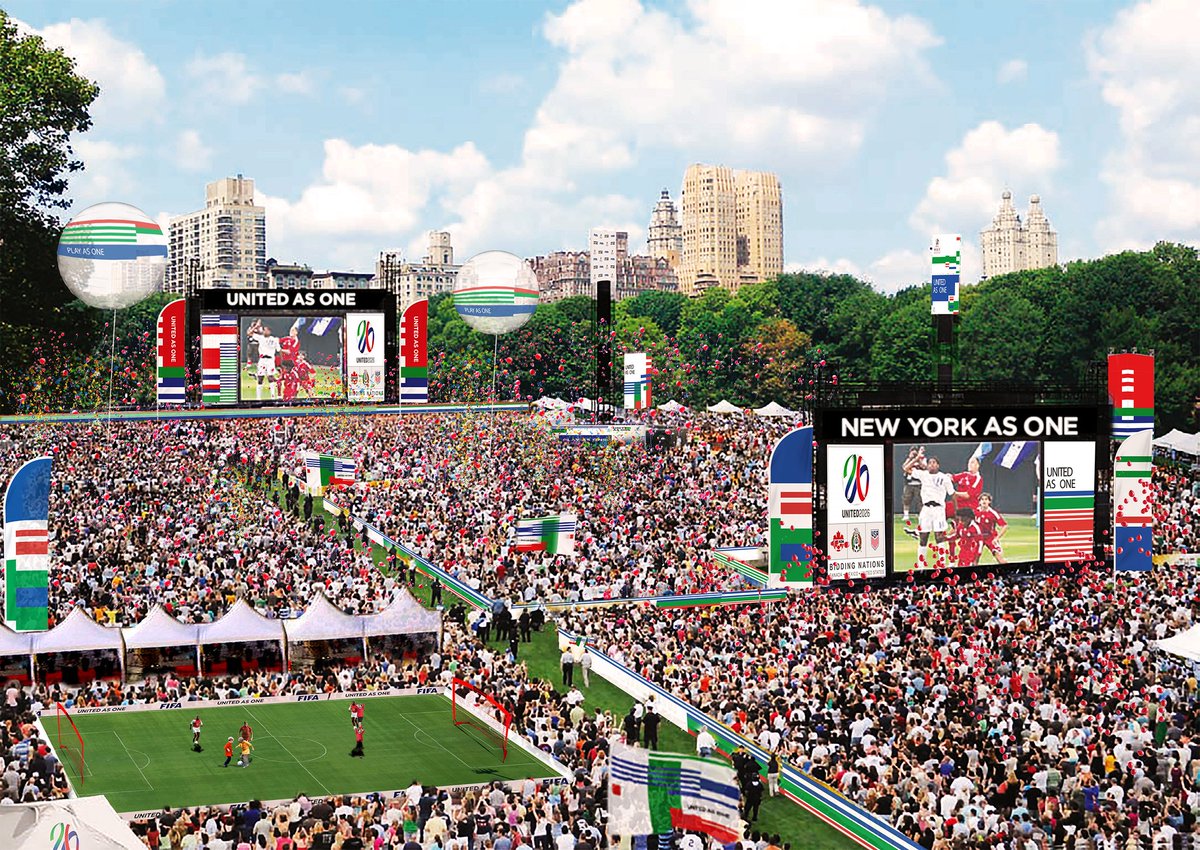 FIFA’s 2026 Bid Evaluation Task Force has completed its technical tour of the United Bid of Canada, Mexico, and the United States by visiting New York and New Jersey—the fourth and final United Bid Candidate Host City that the Task Force will visit and evaluate during their trip.

New Jersey! Just arrived at @RedBullArena, home to the @NewYorkRedBulls, & an official training site for the 2026 World Cup. What A Ground #FIFATour2026 #Unity2026 #Certainty2026 pic.twitter.com/eucuGTeame

The Task Force met this morning for its daily briefing, before departing for a tour of Major League Soccer headquarters. The Task Force then visited Red Bull Arena, a football-specific stadium, home to the MLS’s Red Bulls, that has hosted FIFA World Cup™ Qualifying matches, International Champions Cup matches, and teams such as AS Roma, Tottenham Hospur, Ecuador, and Costa Rica.

MetLife Stadium—hosting over 50 major events and 2 million guests annually—was the Task Force’s next stop on the tour. Home to both the New York Jets and the New York Giants (NFL), the 87,157-seat stadium is one of the largest in the NFL and sets the standard for venue excellence with state-of-the-art technology, comfort, and amenities. Since opening in 2010, MetLife Stadium has hosted 23 international football matches, including major tournaments including Copa America Centenario, CONCACAF Gold Cup, and International Champions Cup—all of which drew record-breaking crowds. The Task Force concluded their trip with a brief helicopter tour of New York City.

UNITY, OPPORTUNITY, AND CERTAINTY IN FOCUS

The United Bid is determined to redefine and enhance the state of global football for the next century with minimal risk and maximum opportunity for growth. Today’s visit to New York and New Jersey reflects this commitment: