Canada's national championship was inaugurated in 1913. Edmonton Scottish SC were three times runners up before winning the trophy for the first time on 10 October 2016. Scottish SC are the second Edmonton team to win the trophy, following in the footsteps of two-time winners Edmonton Ital Canadians SC (1994 and 1997).

"We’ve got a solid core that goes back to 2009, so we have been building towards this point," said coach Kevin Poissant, whose team finished unbeaten in 2016. "Quite frankly I don’t think we could be as competitive as we are without the Alberta Major Soccer League, I think it’s the best amateur league in Canada and the quality of competition we get every single week helps us in places like this."

3x runners up... and now Challenge Trophy champions in 2016:

After the on-field celebrations, all 20 players took their turn posing for a picture with the national trophy. 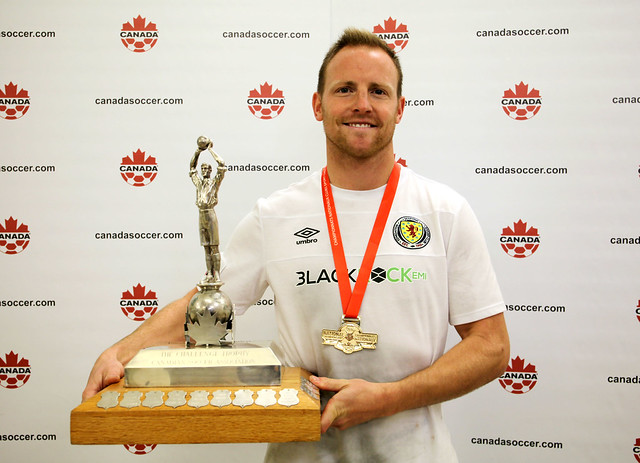