Canada opened the 2016 CONCACAF Girls Under-15 Championship with a 6:0 win over tournament guests Venezuela. The win gave Canada three points on the 9 August opening day in Orlando, FL, USA.

In Group B, Canada sit at the top of the five-nation table with three points and +6 goals difference. Costa Rica are in second place with three points and +1 goals difference after a 2:1 win over Jamaica. Following the group phase, only the top-two nations will escape Group B and advance to the Quarterfinals. Canada's second match is 10 August against Costa Rica at 09.00 local (09.00 ET / 06.00 PT).

"It was a great start for the girls after training for just two days before heading into four matches," said Carmelina Moscato, Canada's U-15 Co-Coach at the CONCACAF Girls' Under-15 Championship with Joey Lombardi. "They showed up and played for Canada. They were cohesive and we were pleased with the start."

With five substitutions, Canada featured 16 of their 18 players in the opening match. From that lineup, 10 players were making their international youth debuts.

"I think that we came in, fought hard as a team, and started the tournament off well," said Jordyn Huitema, who wore the captain's armband for the opening match. "I think we will get stronger and keep uniting as a team."

With the Tuesday win, Canada's combined record across CONCACAF's three youth competitions in this cycle is seven wins, one draw, and three losses in 11 international matches (2015-16).

Canada Soccer Women’s National EXCEL Program, presented by Bell, brings together the best with the best at the national youth level. Operating across the U-14 to U-17 and U-18 to U-23 age groups, the program is designed to deliver an aligned talent structure and system that progresses more top players to Canada’s Women’s National Team. 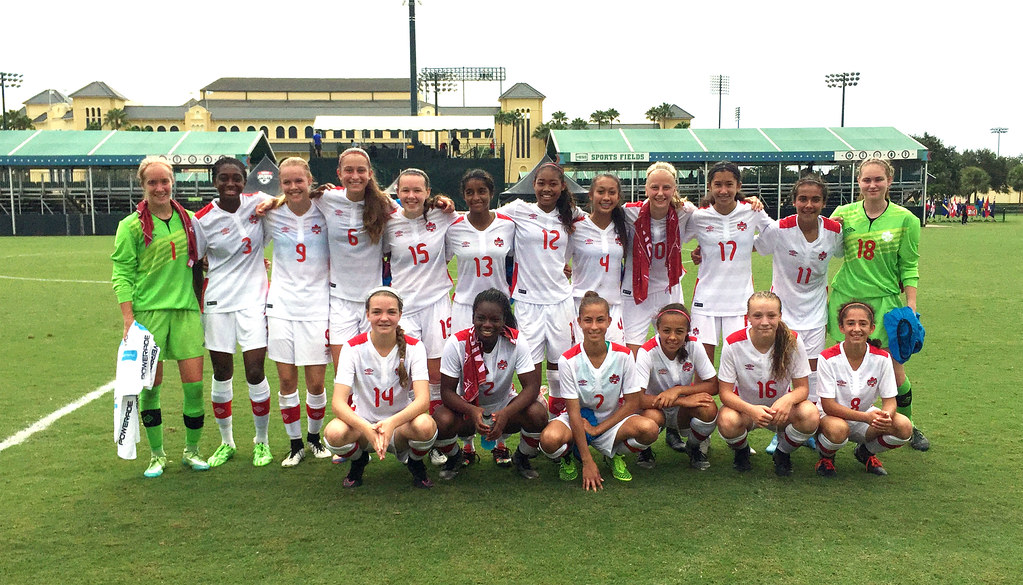