It will be winner takes all on Thursday night after Canada and USA drew 4-4 in the opening leg of the play-in series for the 2016 CONCACAF Futsal Championship. The Americans held a 3-0 lead in the 4 May opener before Canada stormed back in a seven-goal second half at the BN Arena in San José, Costa Rica.

Ian Bennett, Matias Dimarco, Nazim Belguendouz, and Jacob Orellana scored in the second half, briefly giving the Canadians a 4-3 lead late in the opening match. Franck Tayou, Patrick Healey, Nelson Santana, and Daniel Mattos were the goal scorers for USA. (Click here to read the match summary and report).

“We kept going on to fight," said Kyt Selaidopoulos, Canada Soccer's National Futsal Head Coach. "It doesn’t matter if we were down 1-0 or 2-0 It’s hard to beat somebody that never gives up. We took it one shift at a time. We pressed a bit higher and made some tactical changes and it paid off."

With six nations already qualified for the CONCACAF Futsal Championship, a pair of two-match play-in series will determine the seventh and eighth teams for the continental championship. While Canada and USA are knotted 4-4 in their series, Honduras and Trinidad and Tobago are also tied after a 1-1 draw on 4 May. The second leg to both series will be played on Thursday 5 May.

"We’re going to leave everything on the court on Thursday," said Selaidopoulos, "I’m very happy with the boys (and we're sure) it’ll be another close one." 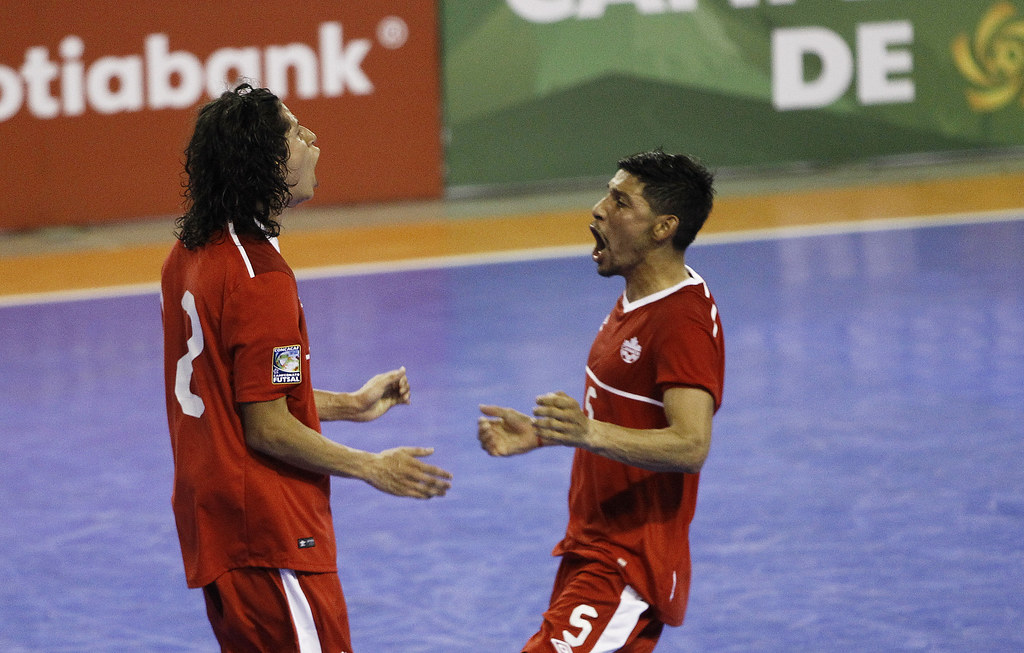