Canada has eliminated USA in a two-match play-in series to advance to the eight-nation 2016 CONCACAF Futsal Championship in Costa Rica. Canada won the ‎series 9-7, drawing 4:4 on Wednesday and winning 5:3 on Thursday.

Canada now joins Group B alongside Cuba, Curaçao, and host Costa Rica. Canada will open against the hosts on 8 May at the BN Arena in San José. Canada then faces Curaçao on 9 May and Cuba on 10 May, with the top-two nations from the group qualifying for the FIFA Futsal World Cup Colombia 2016.

In the opening leg against USA on 4 May, Canada's goal scorers were Ian Bennett, Matias Dimarco, Nazim Belguendouz, and Jacob Orellana. In the second match on 5 May, a Robert Renaud hat trick was complimented with goals by Bennett and Belguendouz. Goalkeeper Josh Lemos came up big in the second leg, including a second-half save on a penalty. 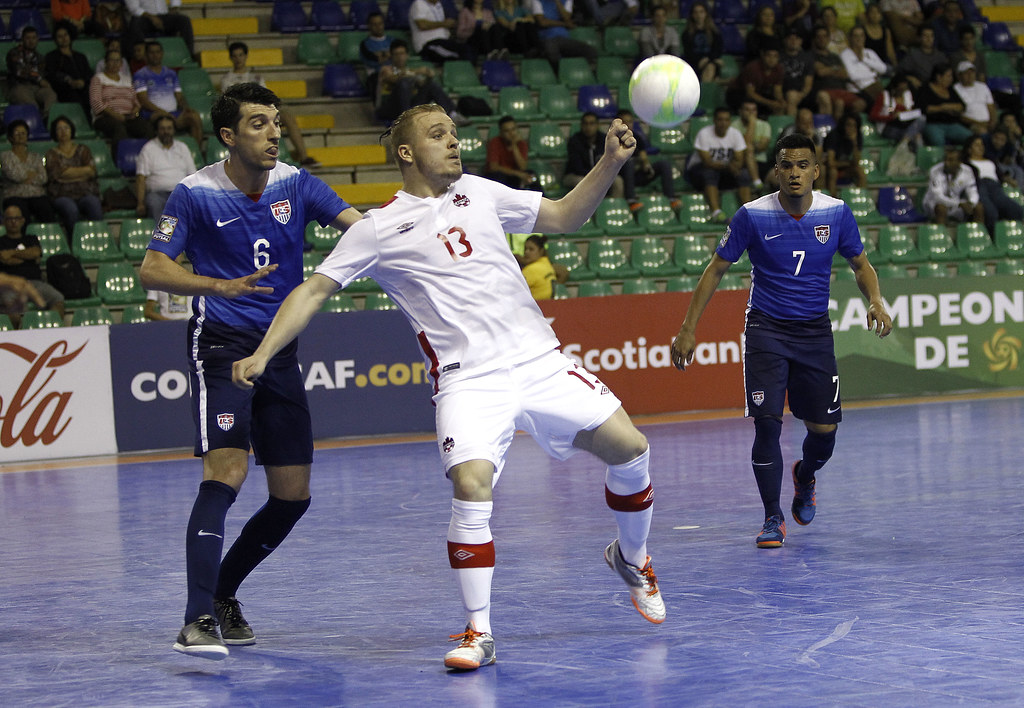