The 10 April announcement was made at One World Observatory in New York on the 102nd and top floor of the One World Trade Center, the tallest building in the Western Hemisphere. The announcement comes on the heels of the 2017 CONCACAF Ordinary Congress at which the intention to bring the FIFA World Cup™ back to CONCACAF in 2026 received unanimous support from the 41 member associations.

"Canada has already proven itself as a formidable host for the world's game, setting FIFA records for attendance at the FIFA U-19 Women's World Championship in 2002, the men's FIFA U-20 World Cup in 2007, and the FIFA Women's World Cup Canada 2015™," said Victor Montagliani, president of Canada Soccer and CONCACAF. "We look forward to continuing our successful collaboration with fellow CONCACAF member associations U.S. Soccer and Federación Mexicana de Fútbol Asociación under the FIFA Council principles for joint bids and to continue our tradition of hosting record-breaking international events."

The three nations have hosted 13 FIFA World Cups combined (men’s, women’s and youth), which is more than any other trio of geographically-connected nations, and set attendance records for five of those events. The 2026 FIFA World Cup™ will be the first with the expanded 48-team format, requiring facilities and infrastructure that these countries are uniquely suited to fulfill.

Canada hosted the FIFA Women’s World Cup Canada 2015™, which featured an expanded 24-nation field with matches played in six cities in five time zones. With record-setting attendance for any FIFA event outside of the men's FIFA World Cup™, over 1.35M spectators attended matches while more than 20 million Canadian viewers watched the competition on television.

Canada has hosted five FIFA tournaments including the FIFA U-19 Women's World Championship Canada 2002 at which the 47,784 final match crowd set (and still holds) a record for the largest attendance at a FIFA women's youth competition. Canada Soccer continued to build momentum five years later for the FIFA U-20 World Cup Canada 2007 which drew a then-record 1.2M fans to the 52-match competition in six Canadian cities.

As identified in Canada Soccer’s Leading a Soccer Nation Strategic Plan for 2014-18, partnering to host the 2026 FIFA World Cup™ provides Canada Soccer with the opportunity to both grow the sport in our nation and showcase Canada as a country that is rich in natural beauty and proud of its cultural diversity with a strong passion for the world's game.

“This is an important step for Canada Soccer as we continue discussions with our partners,” said Peter Montopoli, General Secretary, Canada Soccer. "As we work through the next steps with our partners and stakeholders, we look forward to outlining a more comprehensive plan in the coming months. A unified bid between Canada, USA, and Mexico for the 2026 FIFA World Cup™ will help ensure a world-class event for the world's most popular sport."

USA hosted the 1994 FIFA World Cup™, to date the most successful in history for overall attendance and revenue. USA ’94 served as the catalyst to launch Major League Soccer in 1996, which today fields 19 teams in USA and three in Canada. In addition, USA welcomed the world for the 1999 and 2003 FIFA Women’s World Cups.

Mexico was the first nation to host the FIFA World Cup™ for the second time, having held the event in 1970 and 1986. Argentina's Diego Maradona captured their second title in three tournaments at the 1986 FIFA World Cup™. Mexico later became the first host country to win the FIFA Confederations Cup, collecting the title on home soil in 1999. They repeated that feat at the youth level with a victory in the 2011 FIFA U-17 World Cup. 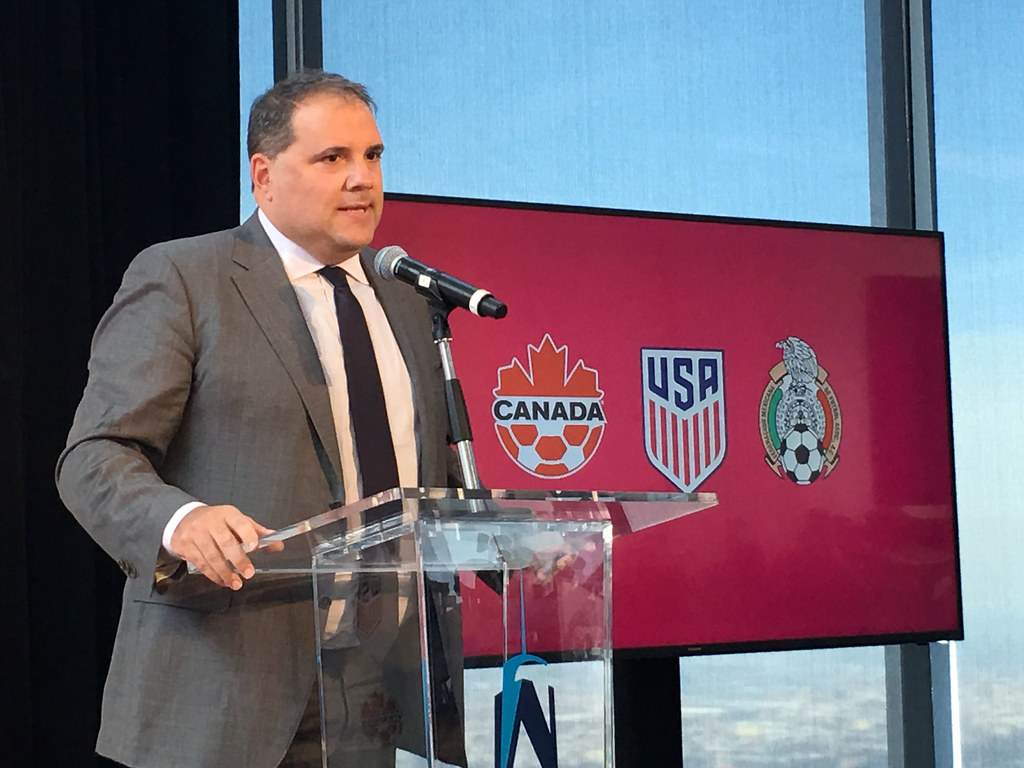